The Citywide Yard Sale is this weekend!: Time to Shop! The Taylor Mill Community Yard Sale is on May 27th and 28th between 8AM and 1PM. Yard Sale Permits can be obtained at the City Municipal Building. 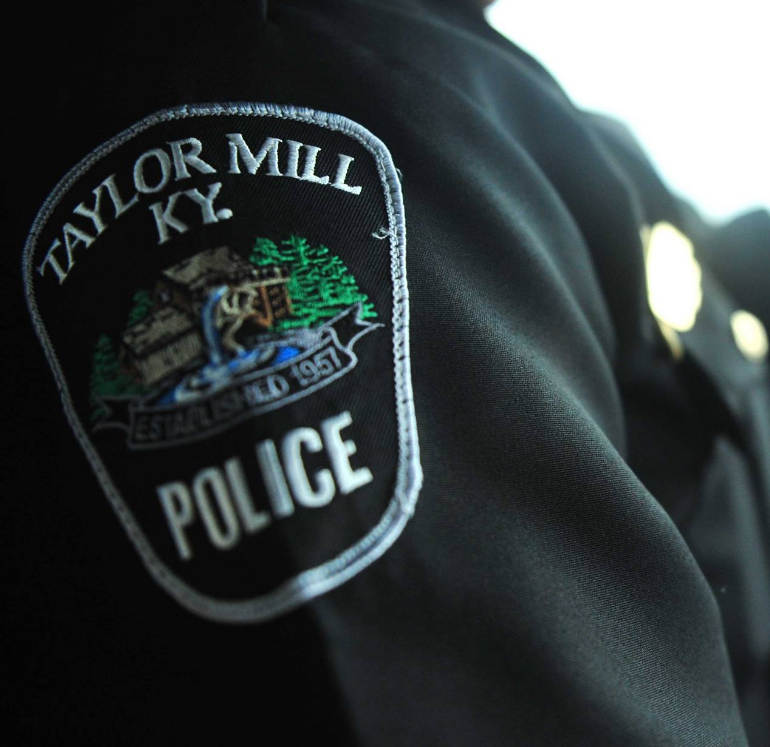 The Taylor Mill Police Department is a national and state-accredited law enforcement agency that provides for the safety and welfare of the Taylor Mill community. We are one of two agencies in the State of Kentucky with both national (since 2010) and state accreditation (since 2002).

We provide the following services:

Our staff consists of about 12 full-time sworn officers and one non-sworn administrative assistant. We handle about 10,000 to 11,000 calls each year. Our sworn officers are trained as first responders and can administer emergency medical first aid and use defibrillators for cardiac arrests. Our crime rate is well below the national average and is one of the lowest in the Northern Kentucky area.

To view the list of public services and educational opportunities offered to the community by the police department, please visit the Public Services & Education page.

1The Lexington Police Department is also a national and state-accredited police department.

Steven A. Knauf is a thirty-one year veteran of the Kenton County Criminal Justice field, holding a diverse range of positions in the Justice system.

He has served twenty-six years with the Division of Police in Taylor Mill. Appointed in 1993, he is one of the longest serving Police Chiefs in Kentucky.

A graduate of Northern Kentucky University, he holds an Associate Degree in Law Enforcement, and a Bachelor of Arts Degree in Justice Studies. In 1998 he was chosen by the FBI to attend the FBI National Academy in Quantico, Virginia, graduating with the 195th Session, and earned a certificate in Criminal Justice and certified as a Law Enforcement Physical Fitness Instructor and Domestic Violence Instructor.  He attended graduate school at the University of Cincinnati, where he was awarded the degree of Master of Science in Criminal Justice in 2005.

Chief Knauf has received numerous commendations and letters of recognition over the years for his work and service in the field of Criminal Justice.

During his tenure as Police Chief the department has been three times accredited by the Kentucky Association of Chiefs of Police, The Neighborhood Emergency Assistance Team was created and received the award for “The Best Crime Prevention Program in Kentucky” 2005, and the agency’s “Because We Care Program” was bestowed the President’s Award of Excellence by the Kentucky League of Cities.

In July 2006 he authored an article about the department’s NEAT program that was published internationally in “The Police Chief” magazine.

Chief Knauf coordinated and oversaw a complete renovation of police headquarters, in order to come into compliance with State accreditation standards and lead the department’s effort toward achieving international accreditation through the Commission on Accreditation for Law Enforcement Agencies (CALEA), where the department received its initial award on November 20, 2010.

Chief Knauf is currently a sitting member of the Kenton County Emergency Communications Board. 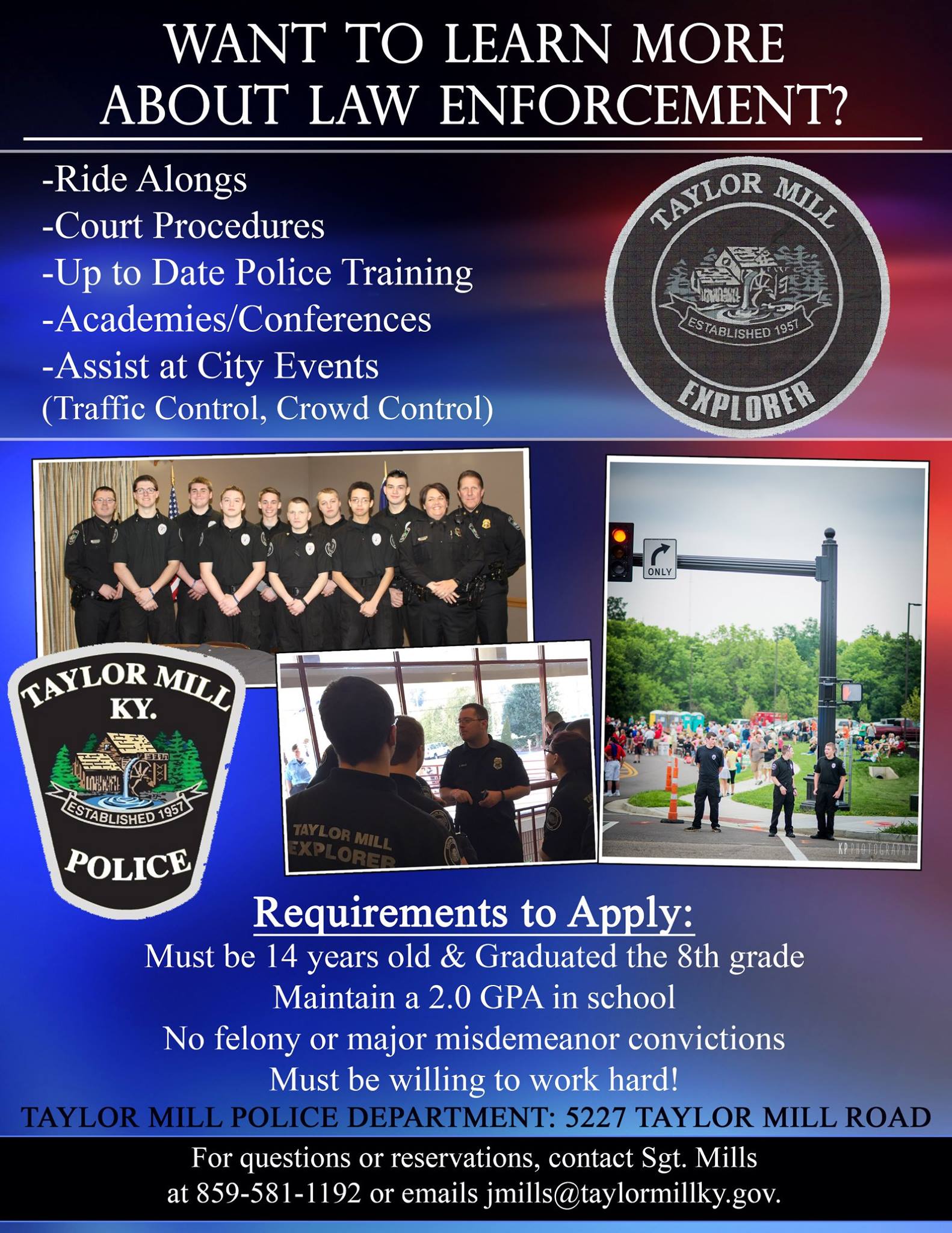 Are you a young adult living in Taylor Mill and interested in a career in Law enforcement? If so, becoming a Taylor Mill Police Explorer may be the right fit for you.

The Taylor Mill Police Department offers a Law Enforcement Exploring program for young adults interested in exploring a career in law enforcement. If you are between the ages of 14 and 20 and have completed the ninth grade, you may apply to become a member of the Taylor Mill Police Explorers.

This comprehensive, hands-on program provides training for Explorers ranging from routine traffic stops to crime scene search/investigation, bomb threat response and arrest and search techniques. Explorers may participate in the department’s ride-a-long program once they are 16, have completed a six-month probationary and have passed all required tests.

The Taylor Mill Police Explorer Post meets twice a month. For more information or to set up an appointment to discuss participation, contact the police department during normal business hours Mon.- Fri., 8 a.m. to 5 p.m. at 859. 581-1192.